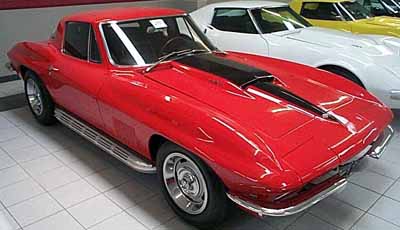 One of the major Corvette auctions in the country was held in St. Charles, IL on June 27, 28, 29, 2003. The three-day auction was held in conjunction with the Bloomington Gold Corvette show that was celebrating its 31st year.

A number of special Corvettes were brought to the auction. One was a Rally Red 1967 Coupe with the optional L-88 motor (427- 430) that was one of only 20 built. And adding to the hype surrounding this Corvette was the original miles on it…only 12!

As the bidding reached the $400,000 mark, only the serious Corvette collectors continued to bid. When the bidding reached $500,000, the auctioneer announced the reserve had been lifted and this special Corvette would be sold to the highest bidder. At this point the noise level in the auction tent raised as the hundreds in attendance had to say something to the person sitting next to them. However, when the bidding reached $600,000, there was an eerie hush, as no one wanted to miss the final bid, …it was $615,000. This beauty found a new home with Rogers Corvette Center, a Corvette dealer in Orlando, FL.

Shipped from the factory by train to Seattle, Washington, the red L-88 coupe was driven a few miles to Alan Green Chevrolet. Then it was trailered to a secret warehouse where it was to be turned into a 1/4 mile dragster. However, after eight years, the original owner was unable to complete the project and gave up in frustration. Not only did it never drag race, it never left the warehouse.

Then in 1975, it was sold to Lincoln Auto Salvage still with only 12 miles on the odometer. They immediately sold it to a collector in Minnesota who in turn sold it for an estimated $12,000. In the process, it seemed like a good idea to someone to trade the engine block for a new short block in 1975.

It remained in seclusion with a Wisconsin collector for another ten years before it was acquired in 1975 by David Burroughs and Jim Krughoff. 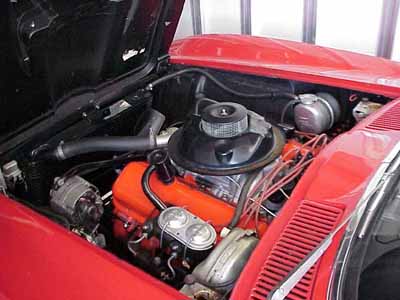 Krughoff is a long-time collector of premier Corvettes. Burroughs is a well-known authority on L-88's and the creator of Bloomington Gold. Burroughs removed the white paint that was installed on the chassis and reassembled it per factory production. Also, they found and re-installed an accurately dated and never stamped L-88 block to replace the one from 1975. However, the engine pad has purposely not been restamped.

Remarkably, the window sticker is still glued to the driver window and is documented by photos from 1975 in Corvette News. Likewise, the original warranty book remains in the glove box. 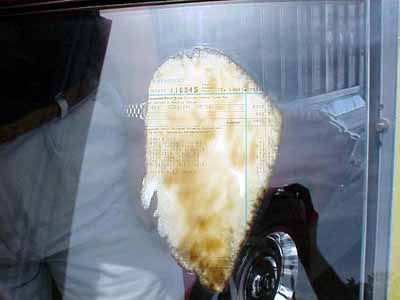 The red paint and black interior are nearly perfect, having seen almost no daylight in over 30 years. A factory quirk has been left unaltered. According to the original owner, the driver door wouldn't shut right due to a factory misalignment. When asked why he didn't fix it, he said, "I was interested in engine and chassis engineering. I couldn't care less about body work." To this day, the driver door still won't shut right.

Although all the racing decals have been removed years ago and the chassis has been put back to stock, one memento of the original owner still remains in the cabin. Stuck to the inside rearview mirror, a black dymo tag reads, "Don't Relax!"